Oh, hey guys! Remember when I said in January that my goal was to blog more this year? Hahahahahaha! That was really funny. Oops.

Well, now that it’s September, I guess it’s a great time to do a little update! I could pretend to say that the reason I haven’t blogged was because I’m so busy. It’s not. Those of you that talk to me regularly know that I’m on a crusade to be one of the un-busiest people in the world.

In all of my un-busyness, I’ve carved out quite a bit of time to plug away at my never-ending Legend of Zelda cross-stitch that I’ve had for about two years. I tend to get frustrated with it and want to throw it across the room every few days, so I’ve tried to pace myself. At this rate, Fernando will be lucky to have it done by his 50th birthday.

Current working area- I’m pretty sure these are mountains. One of the most amusing parts of this project is that because I’ve never played this game, I have no idea what I’m even stitching. I can make some educated guesses, but I would estimate my accuracy at about 70%.

All the colors of this project! 40 colors! Sheesh!

Out of twelve pages, I’m currently on page 3. Maybe in a couple of weeks I’ll have more to update. Oh, who are we kidding?! See you next year! 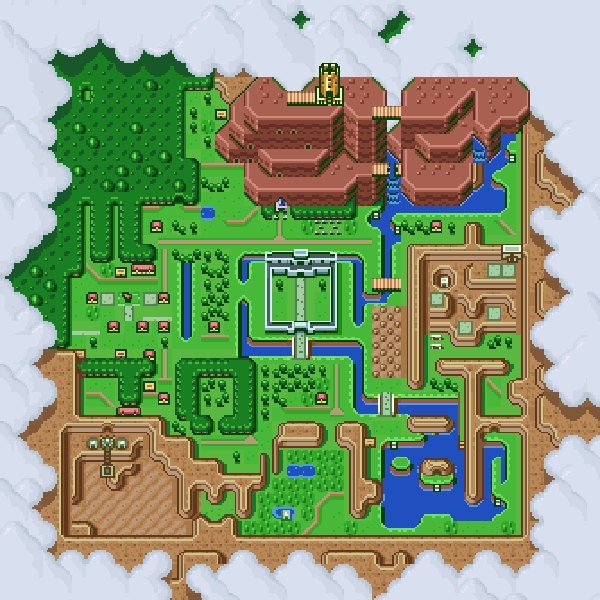